Science on the Edge Lectures

Cutting-edge science in an informal setting. 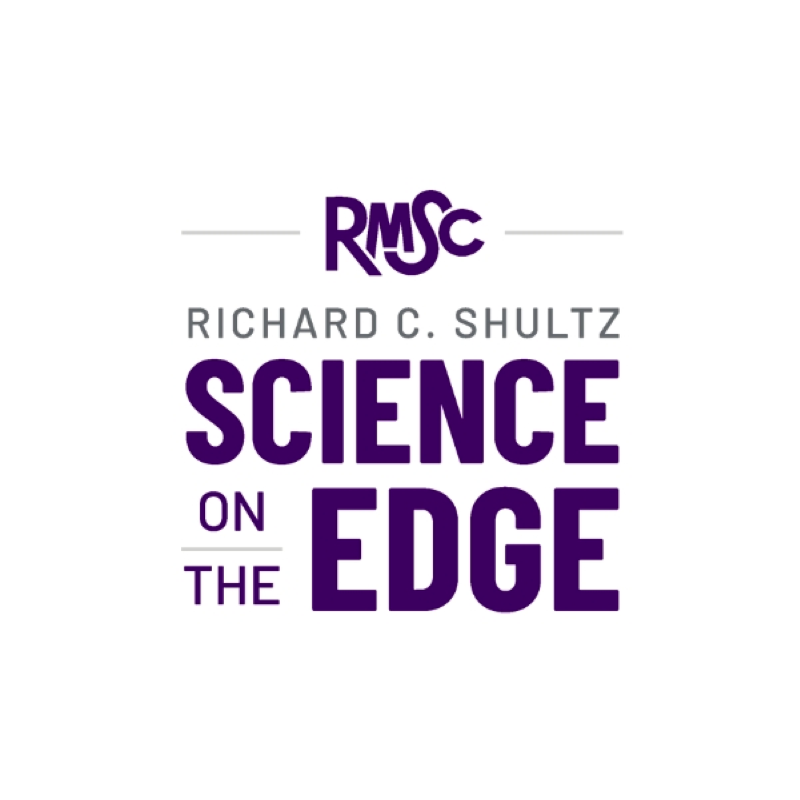 The RMSC Richard C. Shultz Science on the Edge lectures in Bausch Auditorium have provided insight and understanding about current research on a broad array of topics for a general audience for more than 30 years. Science on the Edge sparks intelligent conversations throughout the community. Designed to engage those interested in broadening their scientific understanding, lectures promote the continuation of education and sharing of ideas.

Science on the Edge lectures are supported in part by the Richard C. Shultz Endowment Fund.

It’s About that Awe!

Join Lucienne Nicholson in a lively conversation about nature’s magical capacity to create that feeling of awe and joy in us. Learn how nature can heal us and create a sense of belongingness which leads to a positive relationship with, and stewardship of, our natural environments.

LUCIENNE NICHOLSON is the Founder and Executive Director of Inclusive woods and Us, an outdoors organization dedicated to providing equitable access to nature, especially for underserved populations in Rochester, NY.

Join Tonya Noel Stevens in a conversation focused on deepening our connection with the land, mammals, and each other. Our speaker will use an intersectional environmentalist lens to teach attendees how to become more aligned with what connects us all.

TONYA NOEL is a Rochester native, mother, shaper, and lover of change. As Co-founder of Flower City Noire Collective and Director of their Black urban growers’ program they work to center collective healing and understanding. “Radical simply means grasping things by the root “ -Angela Y. Davis is the best way to describe their work which has earned city paper wavemaker, RMSC change maker feature, and a host of other awards.

A Journey of Discovery

His groundbreaking book Lake Ontario Shipwrecks: A Journey of Discovery published by the National Museum of the Great Lakes will be available for sale at the presentation.

JIM KENNARD has been diving and exploring the lakes of the northeast since 1970. He’s found more than 200 shipwrecks in the Great Lakes, Lake Champlain, New York Finger Lakes and in the Mississippi and Ohio Rivers. Utilizing his background as an electrical engineer, he built a side scan sonar system that located many of these shipwrecks. Significant discoveries include the two oldest shipwrecks discovered in the Great Lakes: the 1780 British warship HMS Ontario and the sloop Washington

lost in 1803. In 1983 he found a unique horse-powered ferry boat in Lake Champlain. All of these discoveries received worldwide attention in the news media. Discoveries made by Jim and his shipwreck teams have appeared in a number of publications including National Geographic, Sea Technology, Inland Seas, Wreck Diving, Skin Diver, and several Rochester, NY publications. He’s appeared on Discovery Channel, CBC, BBC, FOX News, and recently in the National Geographic Drain the Oceans series on the American Revolution.

In 2013 he was selected as a Fellow member of The Explorers Club. Jim received the Joyce S. Hayward Award for Historic Interpretation from the Association for Great Lakes Maritime History in 2015 for documenting the stories of Great Lakes shipwreck discoveries on his website www.shipwreckworld.com.

In addition to searching for elusive shipwrecks, Jim is an avid hiker and amateur radio operator. He graduated from Clarkson University with a BS in electrical engineering in 1966. A native of Peekskill, he lives in Fairport, New York.