Rochester in 1838: Young Lion of the West

In this iconic diorama, explore how Rochester became America’s first western “boomtown” as a result of the Erie Canal. 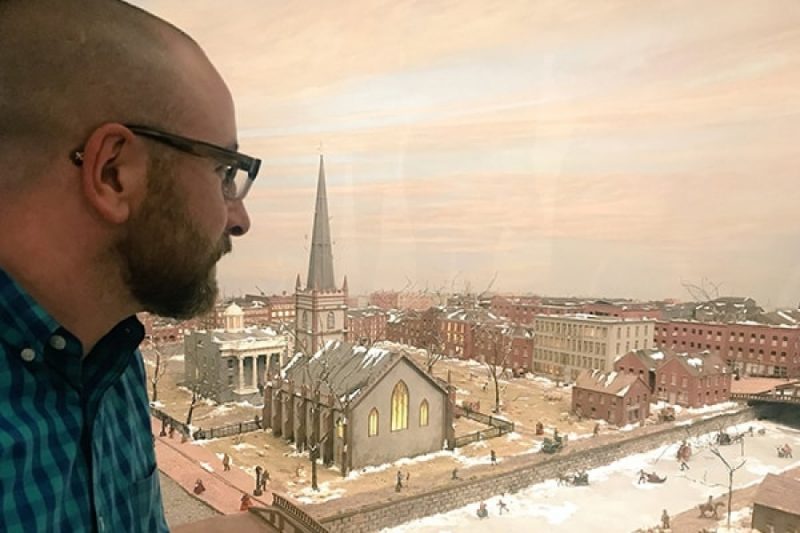 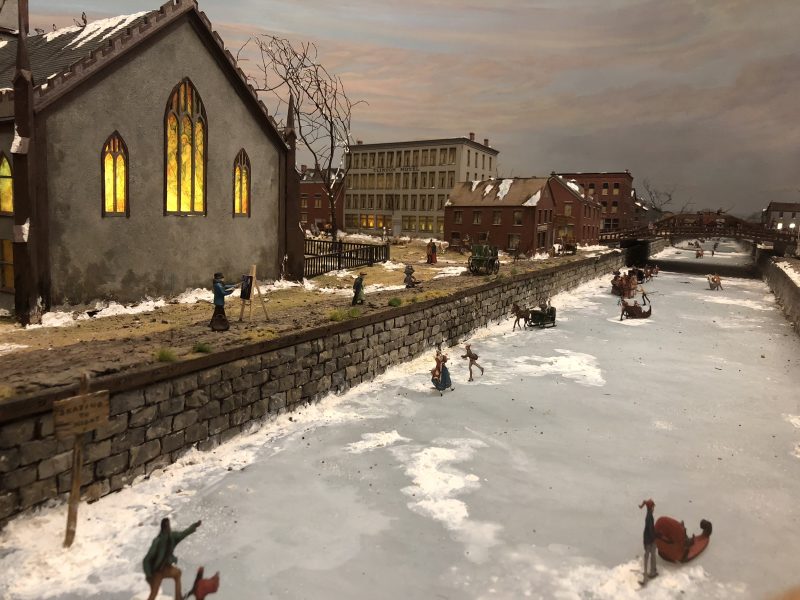 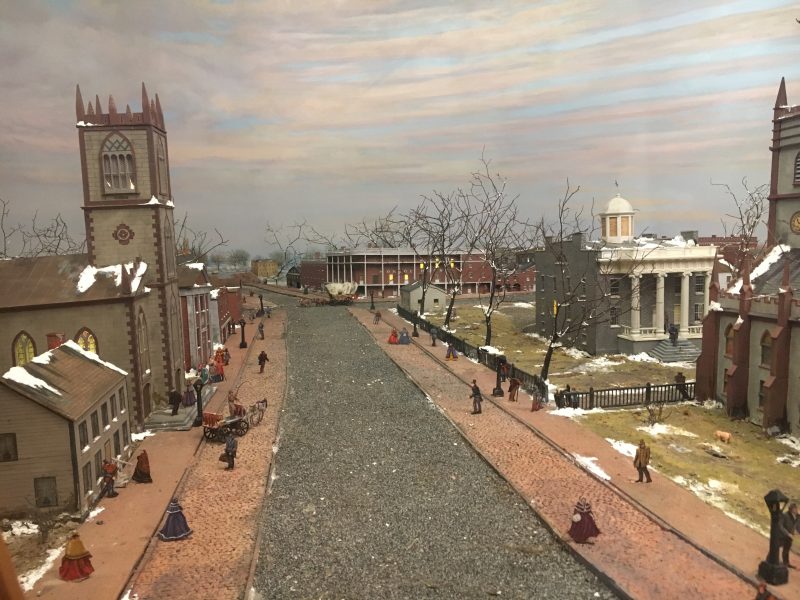 Rochester became America’s first western “boomtown” as a result of the Erie Canal, and the Rochester in 1838 diorama celebrates that heritage with a depiction of a downtown scene on a typical winter day.

Check out the new AR experience at the 1838 exhibit that shows the evolution of Rochester from 1838 to 2019! Read more below.

THE EVOLUTION OF ROCHESTER

Rochester is a very different place than it was in 1838. To help visitors better understand the diorama’s view of the city, and how much it has really changed, we turned to virtual reality (VR). Using two smart tablets now installed at the exhibit, we built a virtual replica of the display so you can see first-hand the buildings that replaced those present in the diorama and roads that now exist where the Erie Canal once flowed. This technology brings an added dimension to this exhibit and allows visitors to connect with the diorama in a new way. See for yourself!

Completed on the Museum’s third floor in 1946, and inspired by the Sibley’s store window displays at Main and Clinton, the diorama depicts a slice of downtown from Main Street to Spring Street and South Avenue to Plymouth Avenue, including the canal. Throughout the restoration project in celebration of the canal’s bicentennial in 2017, RMSC visitors were able to track its progress and interact with technicians, who worked in a fishbowl-style “living exhibit” surrounding the diorama. The diorama now features restored sky and foreground painting, enhanced lighting, interpretive signage, and preservation features that will ensure its enjoyment for generations to come. Experts also enhanced the diorama’s interpretation to address historical inaccuracies in its original presentation, such as the American flags displayed prominently on buildings and incorrect period clothing.

Through the addition of authentic objects, guests observe direct evidence of the Erie Canal’s economic, social, and ideological impacts on the Rochester region. A rare Rochester street scene daguerreotype presents an actual snapshot of the corner of Exchange and Buffalo streets approximately 13 years after the moment depicted in the diorama, demonstrating the City’s tremendous growth in the decades after the Erie Canal enabled efficient transportation between the Great Lakes and the Atlantic Ocean. Original tools, clothing, and books of the period show the constant flow of goods, people, and ideas that positioned Rochester as an early center for social reform as well as a major supplier of products to New York City and the western frontier—aspects of our history that continue to shape the present and future.

THANK YOU TO OUR SUPPORTERS

Special thanks also to Verizon Foundation for making the augmented reality experience possible. 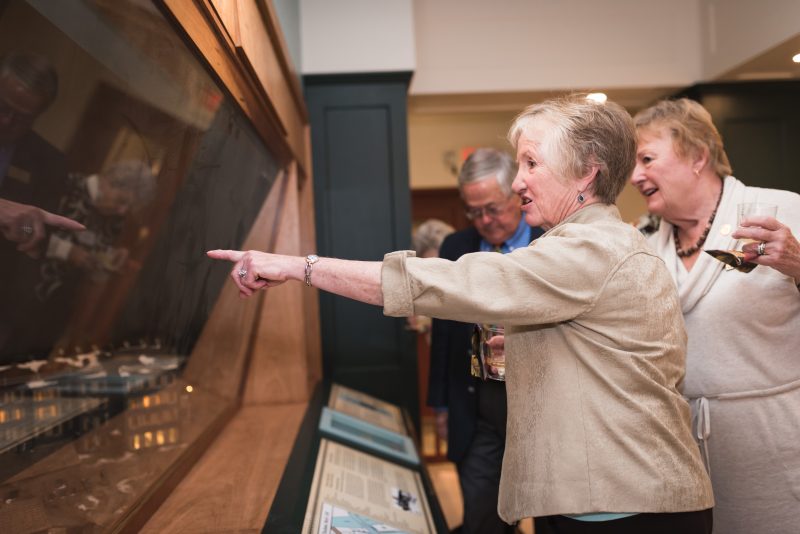 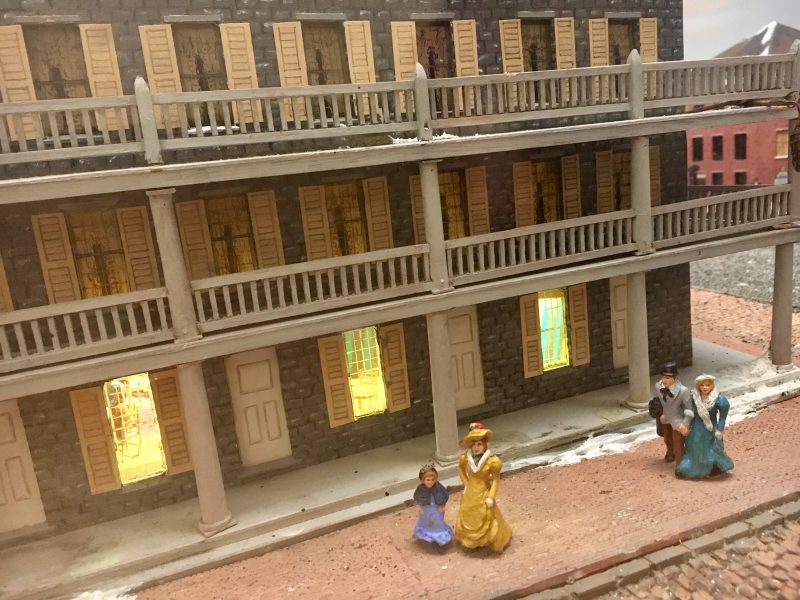